𝐇𝐨𝐦𝐞𝐨𝐩𝐚𝐭𝐡𝐲 𝐓𝐫𝐞𝐚𝐭𝐦𝐞𝐧𝐭 𝐅𝐨𝐫 𝐄𝐧𝐝𝐨𝐦𝐞𝐭𝐫𝐢𝐨𝐬𝐢𝐬
Endometriosis (en-doe-me-tree-O-sis) is a painful disorder that involves the abnormal growth in cells in the uterus. Endometriosis can affect fertility because of the additional production of some hormones and other body substances that have a reactionary effect on the woman’s body. The ovulation cycle could be blocked in the uterus walls.

When it comes to Endometriosis, the tissue that generally lines inside the uterus develops beyond the uterus. In endometriosis, the tissue will be found in the ovaries, intestines, and fallopian tubes or the intestines. Endometriosis can cause pain and is occasionally severe, especially during menstrual periods.
Symptoms of Endometriosis
The most common symptoms include pelvic pain and menstrual irregularities.
1. Dysmenorrhea or painful periods. Pelvic pain or cramping continues for several days after menstrual period. There will be also lower back and abdominal pain.
2. Pain during and after intercourse
3. Pain with bowel movements or during urination
4. Excessive bleeding during menstrual periods or bleeding between periods
5. Infertility
6. Fatigue, constipation, diarrhea, bloating or nausea during menstrual periods.
Causes of Endometriosis
• Retrograde menstruation
• Transformation of peritoneal cells
• Embryonic cell transformation
• Surgical scar implantation
• Endometrial cell transport
• Immune system disorder
𝐇𝐨𝐦𝐞𝐨𝐩𝐚𝐭𝐡𝐲 𝐓𝐫𝐞𝐚𝐭𝐦𝐞𝐧𝐭 𝐅𝐨𝐫 𝐄𝐧𝐝𝐨𝐦𝐞𝐭𝐫𝐢𝐨𝐬𝐢𝐬
Homeopathic Treatment for endometriosis is proven, effective, and very successful. This is the most effective non-surgical way of treating endometriosis. Homeopathy always treats the root cause of the disease. Thus, it is very useful in treating the ailment completely. The symptoms shown by one individual varies from another.

The systematic and comprehensive analysis of a person’s condition can only reveal the right remedy. Homeopathy is the holistic system of medicine and the remedies to be given depending on the symptoms that appeared on the concerned individual and his/her overall history. 𝐃𝐫. 𝐀𝐧𝐤𝐢𝐭 𝐏𝐚𝐧𝐢𝐠r𝐚𝐡𝐢’𝐬 𝐇𝐨𝐦𝐞𝐨𝐩𝐚𝐭𝐡𝐲 𝐂𝐥𝐢𝐧𝐢𝐜 is a modern home clinic in Bhubaneswar that provides high-standard treatment for 𝐄𝐧𝐝𝐨𝐦𝐞𝐭𝐫𝐢𝐨𝐬𝐢𝐬. 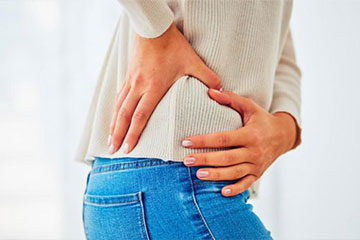